Works at the inn with her mother, Lin Fa. Mature, but has difficulty showing it due to her tendency to make clumsy mistakes. Feels lonely quite easily.

Xiao Pai can be quite clumsy, which often leads to misfortune for her. Since her equally clumsy but lucky mother is very popular with the tourists, Xiao Pai has a slight inferiority complex. Despite this, she continues being a natural hard worker at the Bell Hotel.

Xiao Pai has tan skin and grey eyes with greyish-brown hair tied in a low ponytail. She wears Chinese-themed clothing, and has hairclips resembling a panda and a cabbage.

While talking with Lest, Kiel will report sightings of nearby Ants. When Lest exits town, he will find a bucket salesman known as Yang Fan being attacked by Ants. After saving him, Lest returns to town to see Yang Fan being dragged into one of Bado's schemes, but Forte arrives to put a stop to the show.

Afterwards, Bado will ponder with both Kiel and Lest of a new weapon that attacks even when the user isn't looking which turns out to be an Elvish Harp. During his discussion with Lest, the pair will hear a scream from Lin Fa, who has found that something has chewed holes into inn's buckets. Realizing the culprit are likely the same Ants, Bado sends Lest to deal with the remainder at the front of the city.

Once the monsters are dealt with, Forte will reward Lest while Lest returns to the inn to report back to Lin Fa. Hearing that a bucket salesman was presesnt, Lin Fa asks Lest to find Yang Fan and bring him over. Once Lest and Yang Fan arrive at the inn, they are met by Xiao Pai, and she reveals to Lest that Yang Fan is actually her father.

Lin Fa later explains that Yang Fan continuously travels and is unable to stay at a single place for too long, but always makes a point to return to Selphia to see his family at least once a year.

At the same time, Bado has brought Kiel in for an attempt to sell more Harps, and Bado asks the passing Margaret to demonstrate the "weapon" to a group of travelers. Unfortunately, Margaret plays a calming song that makes the travelers wonder if the harp was a weapon, and rumors circulate of a blacksmith selling instruments.

Frey can also trigger this event.

Never Gonna Give Up!

Lest must have completed "A Cooper's Windfall" and "Uh-oh, It's Contagious" before being able to trigger Xiao Pai's Marriage event.

Xiao Pai's Marriage Event starts when she shows open concern regarding one of Kiel's rumors to Lest. Kiel later tells Lest that there's a rumor about him favoring Lin Fa over Xiao Pai. The next day, Lin Fa begins teasing Lest at the inn regarding his relationship for Xiao Pai, who immediately gets angry at Lest when she mistakes Lest for making a move on Lin Fa. Later, Lest hears a group of travelers talking badly about him through the same rumor.

On the next day, Lin Fa once again teases Lest regarding his feelings for Xiao Pai, with the result from the previous day, occuring again. This time, however, Xiao Pai immediately leaves with Lest, while Xiao Pai's father arrives, shortly after the two leave. Soon Xiao Pai and Lest go the bridge in Selphia Plains: Mush Pan, where Xiao Pai talks with Lest regarding her father's words that everything is connected. The two soon return to the inn.

The following day, Xiao Pai realizes that she had lost the cabbages she was sent to buy from Lin Fa, forcing Xiao Pai and Lest to visit Blossom. Surprisingly, Lin Fa arrives and tells Xiao Pai that she was given the wrong list, and that Lin Fa had arrived to do groceries herself. Soon, more travelers begin badmouthing Lest. The rumor is finally dispelled thanks to Porcoline.

The next day, Xiao Pai is seen talking with her father, clearly not agreeing with him. When Lest inquires from her father, Lest says that he's actually the one who spread the rumors regarding Lest. Xiao Pai's father then continues by comparing her luck with her mother's and their seemingly strained relationship. When Lest consults Xiao Pai, she says that she wasn't truly bothered by the rumors, prompting Lest to talk with her father once again. This time, Xiao Pai arrives to listen to her father's explanation on why he doesn't approve of Xiao Pai's relationship. This prompts Xiao Pai to confess her love for Lest once again, and she runs away. Shortly after her leave, Xiao Pai's father asks Lest to take care of Xiao Pai.

When Lest meets Xiao Pai once again, she immediately details her thoughts regarding the rumors. Not caring whether or not Lest has fallen for her mother, Xiao Pai proposes to Lest, however, they decide to return back to town first.

Later, it is revealed that the entire set of events was actually concocted by Xiao Pai's parents in order to further her relationship. Later Xiao Pai and Lest leave the inn, and, once again, Xiao Pai proposes to Lest.

Xiao Pai is very close to Lin Fa, as she is often seen conversing with her and likes to brag about her "cute mama" to the rest of the town. However, because her father, Yang Fan, travels and works abroad so much, Xiao Pai isn't as close to him. Nonetheless, she still gets along with her father and never misses the chance to spend time with him whenever he visits Selphia.

She works at the town inn and bathhouse, but finds it to be a challenging job.

Chibi Xiao Pai from inside of case

Xiao Pai in her introduction scene

Xiao Pai and her mother 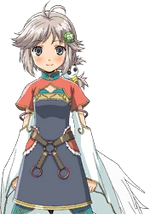 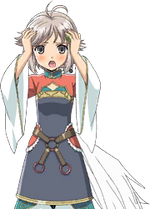 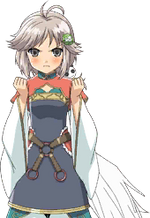 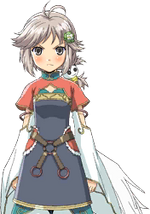 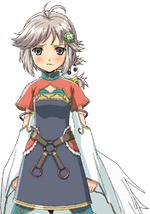 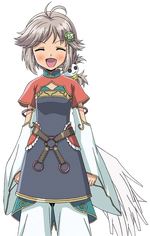 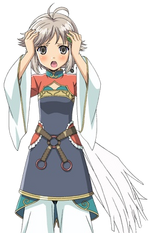 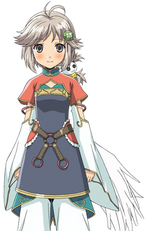 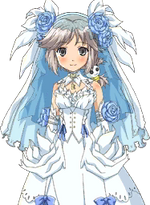 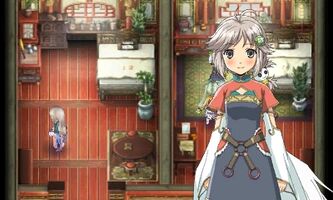 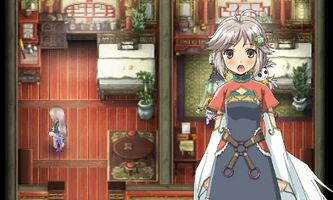 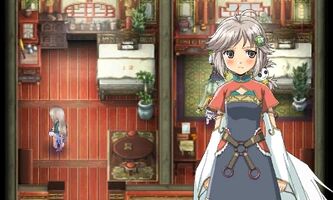 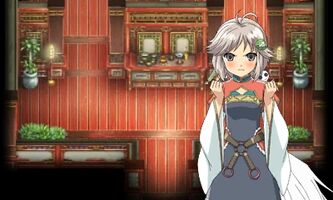 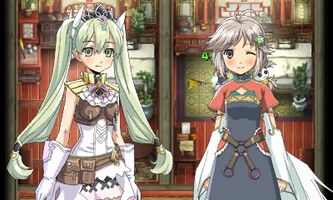 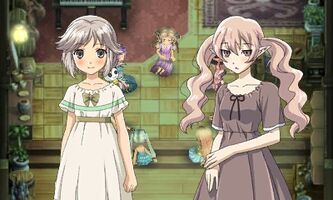 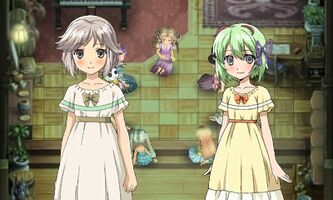 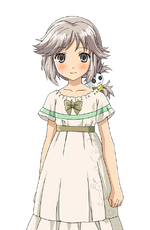