A butler in the castle who has amassed quite an array of knowledge on farming. Trains hard every day to be a full-fledged butler, but his gullible and emotional nature sometimes gets in the way. The oldest son, with many brothers and sisters.

Vishnal is a very open and optimistic young man. He acts friendly to everyone he meets and is the first to offer help should they need it. The downside to this is that he often interprets a person's words at face value, so he's easily fooled. Bado especially takes advantage of his naivety and tries to push useless items on him by saying they will help make him a great butler.

Seeing how he wants to become a world-famous butler, Vishnal is always polite to those around him, like he is serving them. For example, after it has been revealed that the player are not the royal family member the town was expecting, he will be the only person who keeps referring to Lest/Frey as Prince/Princess to better help him role-play as a royal butler.

Although he tries his best at everything, Vishnal doesn't always have much success. Notably, he's a horrible cook. He still gives it his all and, as someone who wears his heart on his sleeves, it's pretty easy to tell whether he's feeling confident or not about the work he's done so far.

Vishnal is slightly tanned in his character portrait but a bit lighter in game. His hair is a curly light blue tone and his eyes are a lavender purple hue.

On his left arm he has a crown (in his case, an armlet) very similar to Volkanon's, except in a different color and smaller.

The son of a doctor, he was raised to pursue a career where he could help others. Since he believed he wasn't smart enough to be a doctor, he searched for other careers until he eventually met a skilled butler that inspired his dream to became the greatest of butlers. He then left home for Selphia and is now learning the trade from Volkanon, who is his superior.

Vishnal will be the tutorial giver at the beginning, teaching the player how to properly farm.

Nicknames the female protagonist can call him after the confession event are Darling, Mr. Vishnal, Sir Vishnal and Vin, and Sweetie. Nicknames he offers to call her are Honey, Master, Li'l and Princess.

If the female protagonist asks Vishnal on a date to Selphia: Dragon Lake, he will admit to her that he can't swim.

If Frey chooses Vishnal to be one of her lovers, she will ask him when he started liking her. Vishnal will admit that he had a crush on her when they first met. Doug is another bachelor who will admit this.

Like Clorica, he spends a lot of his time cleaning the castle. In the morning at 8 AM, he will be the one to take the items from the player's shipping bin and sell them. He can also be found in various spots in Selphia, such as Dragon Lake and the Shopping District, shouting "welcome" to any tourists and waving his hands.

Vishnal in the Opening (animation) 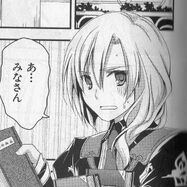 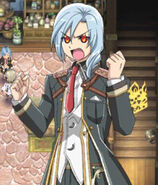