Scarlett (スカーレット, Sukāretto, Scarlett[1]) is a character in Rune Factory 5.

A half-elf, half-human SEED ranger currently on a long-distance assignment in Rigbarth. Her life goal is to be just like her father. Always does things by the book, to the point of being excessive. Absolutely hates hearing a story without an end or changing the subject before finishing a conversation. A bit rigid and stuck in her ways, although she feels conflicted about whether that's for the best.

When the story begins, Scarlett is Rigbarth's only active ranger, though she is away at SEED headquarters. She returns after the protagonist first clears Belpha Ruins, and it is stated that she was on a previous mission before returning. Upon returning, she questions Livia's decision to allow the player into SEED, and demands they prove themselves with a challenge; completing a mission at the Kelve Lava Caves involving the recent disruption to the Rune energy. While the player reaches the cave first, Scarlett also arrives and they are confronted by Oswald, who summons a Basilisk. The pair then split as Scarlett continues chasing Oswald while the player fights off Basilisk. During the battle, Scarlett is knocked out when she touches a Rune circle, but the player is able to catch Oswald and they are able to return to Rigbarth thanks to the Fire Dragon. After waking up, Scarlett acknowledges the player and continues aiding them.

She later appears to protect the player when they investigate Atohl's End, using a secret rune crystal given by Lidia to prevent their energy from being drained by Oswald's dark dragon. When Oswald is recaptured, he reveals that the true mastermind of the recent disturbances was none other than SEED's warden, Gideon, who aimed for absolute order. This, alongside the revelation that SEED had previously paid off bandits to go elsewhere rather than quelling them, shakes Scarlett's faith in SEED though she chooses to remain in spite of the player choosing to take a leave of absence. She also arrives at the Gadeus Grasslands after the player defeats the Needle Beast and has a reward sent to Terry for the player.

The player finds Scarlett and Misasagi at the Great Tree Plaza, and the latter reveals that she had an argument with Hina, who immediately ran away from home. The player and Scarlett then split up to search for Hina, and the player is able to find her in the Surrounding Forest. Hina later explains to the player that after their argument, she went to the forest to look for some twinkle nuts to give to her mother as she was began crying. She and the player soon head back to town.

Once the player returns to the general store, Misasagi thanks the player, and Hina apologizes to her mother. Misasagi reveals that she wasn't crying about their argument but as she was remembering her husband. As Scarlett and the player leave the two to their own, Scarlett thanks and commends the player for what they completing their mission, but the player responds that they only did what anyone else would. Scarlett then replies with the quote "Before you become a ranger, you must become human", and states that this was something from someone she greatly respected.

Afterwards, Julian runs over to Misasagi and promises to search for Hina, only to be shocked that she had already returned.

The player and Scarlett meet Livia after Yuki and Terry report a potential monster sighting near town. As the monster only comes out at night, Livia orders the player and Scarlett to stick together and tackle the monster at night. The pair meet Martin and Darroch, and Terry and Reinhard, who have volunteered to help patrol as well. Despite this, the monster does not actually show. While the player is content to return home to rest, Scarlett quotes her late mother by saying that "Even in peace, never forget yesterday's war"; to not forget the sacrifices made to enjoy their peace. Scarlett also credits much of her respect towards her father to have originated from her mother. Since their rounds for the night yielded nothing, the pair decide to meet up again tomorrow night and try again.

On the next night, both the player and Scarlett find a wild Cluckadoodle at the town's north and end up chasing it all the way to the Kelve Volcanic Region. It is then revealed that the monster, nicknamed Lucky, actually belonged to Heinz, who accidentally hatched its egg and was released to the mountains when it got too big for him to care for in town. Seeing that it was just a false alarm, Scarlett and the player report back though she admits that she will miss having to go on night patrols with the player.

The player runs walk into Scarlett asking Livia for a leave of absence as her mother has become ill. The news, however, spreads around Rigbarth like wildfire, and Yuki hopes to not repeat another tragedy. Scarlett soon arrives and states that mother is still fine and only has mild symptoms, but Simone asks Scarlett to come over to the clinic. In their private time, however, Scarlett reveals to Simone that she lied to keep the others from worrying. Simone reveals to the player that the illness Scarlett's mother contracted was known as the Formidovirus, "the Reaper's Plague", due to its high mortality rate.

Upon meeting Scarlett at the Pond of Hope, she reveals that it is actually her stepmother who was ill; as her father had remarried after the death of his first wife. Because of this, Scarlett always felt a gap between her and her stepmother. Scarlett felt left out as she was not informed of the situation until its critical state. When the player visits the bakery, Yuki and Randolph explain that 30 years prior the disease reached the village. A full epidemic was prevented thanks to the cure made by Lucy's grandmother, though she later succumbed herself in the end.

Once they learn this, the player meets up with Terry to try and find a cure themselves due to Scarlett's sensitive state. As all samples were used up, the player is forced to make one from scratch. Terry's research would direct the player to the bark of a moon tree in the Whispering Woods, and a millennia mold in Atohl's End. After the player gathers the ingredients, the pair visit Simone, but find that Scarlett was already present.

Scarlett is soon asked to leave as both Terry and the player pass their ingredients. Unfortunately, Simone had learned that they still needed a third ingredient, a discord apple. Since the item was known act like a drug, Simone's mother had acquired hers from the black market. SEED became involved, but couldn't openly convict Simone's mother, so the militia buried her story, and most of everyone was kept in the dark over the true circumstances. While Simone believes the apple's seeds to be locked in a secure vault elsewhere, Terry believes that since each SEED base has its own autonomy, confiscated items should still remain in the base. The player enlists Ryker's help in opening the chest of confiscated items with Livia turning a blind eye on the matter, though they do ask Scarlett to vacate the office to keep their act a secret.

Scarlett, however, remains outside the Silo and catches the player and Ryker escaping. While Ryker bolts immediately, the player pulls Scarlett to the side and finally reveals that they needed the apple seeds to cure her stepmother. In spite of this, Scarlett's own code of justice prevents her from accepting the player's thievery, even if it comes with good intentions. The player responds with the words of Scarlett's own father, "that she was human before being a ranger", and then reveals that Ryker actually had the seeds and had likely already presented them to Simone. Scarlett and the player immediately dash towards the silo, and find Terry, Simone, and Ryker already completing the cure. Further conflicted over punishing the townsfolk acting under concern for her, Scarlett ends up running away from town.

The player soon finds Scarlett at the Lake of Hope, where she admits that she is still troubled at how everyone is working for her sake even if it means being branded criminals. In response, the player tells her that everyone, including themselves, was scared and confused like her, but because they knew how much this meant to a friend, chose to do it anyway. The player then asks for Scarlett's thoughts, and she reveals that she still wished to save her mother by any means. The two later return to the Silo, where Simone has already presented the medicine to Livia. Livia then scolds Scarlett for failing to understand that her stepmother did not inform her until the last minute because they felt Scarlett would pour her heart in a doomed effort.

The medicine would later be sent to Scarlett's mother while Livia would draft a request to legalize the formidovirus' cure. The next day, Scarlett thanks the player as her stepmother was now recovering. What's more, the draft was also approved by SEED HQ under the condition that only licensed doctors could manufacture the medicine. The cure itself would be named "Suzanne's Serum", after the mother of Simone, as well as posthumously acquitting her mother of any wrongdoing in crafting the cure. After the good news, the player and Scarlett meet up in the beach, and she reflects that perhaps the player could be a part of her family one day.

Well then, let's start the date without delay. After all, the plan has already been arranged perfectly![2]

"Yes, because I promised."

"Then, tomorrow, if you have time... will you look at the flowers with me?" 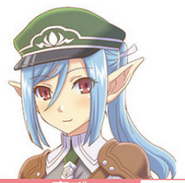 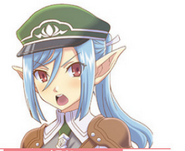 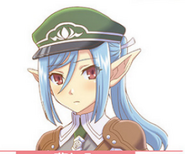 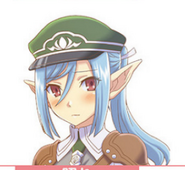 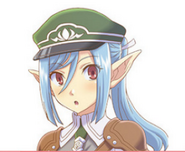