An inn attendant who loves to travel. Sells items she finds in dungeons. Not a fan of monsters.

Sakuya (咲耶, Sakuya) is a bachelorette in Rune Factory 3: A Fantasy Harvest Moon.

Sakuya is a friendly, stubborn girl who wishes to be more independent.

Sakuya is a very adaptable person. She has a special ability to treat all kinds of things as profit. Despite her adaptability, she lacks luck. Eggs she touches sometimes explode.

Sakuya travels a lot and sells some items at her mother's inn. She is very money-oriented and is usually in the red. She dreams of one day running the inn.

Sakuya moved to the town with her mother, Shino, from the East and took in Pia, who is like a sister to her. She is afraid of monsters, but won't let it deter her from getting what she wants. Sakuya is constantly trying to impress her mother.

Request 1: Can you help?

There's something I want you to get.
Location: Mailbox

Sakuya asks Micah to get a

Bamboo Shoot for one of her customers. After bringing her one, she'll reward him with Strawberry Jam (sweet smelling box), curry powder (spicy box), or salmon sashimi (good smelling box).

There's something I want you to deliver.

There's something I want you to get again.

If you have the time, could you come see me?

I need you again.      Objective: Talk to Sakuya After She talks with you in your house, talk to Shino in human form. Then go Then go to oddward valley.

Objective: Give Sakuya a Large Egg

Could you come stay at our inn as a monster?

She is the daughter of Shino and Pia's best friend.

Sakuya and Pia form a slapstick duo, where Sakuya is the straight man who hit Pia, the comic, after she says something absurd.

Tactic: East Fire Sakuya always attack any foes in sight with her Exploding Eggs(Big Fire) magic. When engaging herself in direct melee combat, she would dash towards them and attacks with normals attacks, Petalchaser and even with the Exploding Eggs sparringly. She has good agility and resistance against knockbacks(comparatively with most characters). This is the result of her almost everyday life running and fleeing from monsters.</span>
Usually, it is notable that when an enemy is away from her melee range, she would casts Exploding Eggs. Afterwards, she would dash towards them and use Petalchaser. Then, she would either use Petalchaser again to perform Adazakura or she would use Silkmoon for a powerful, wide circular swing attack.

Sakuya works at the town's hotel/bath house. She loves eating sashimi, but has to do it in secret, along with her mother, because of Pia's love for fish. 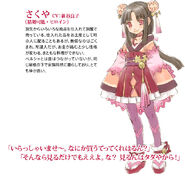 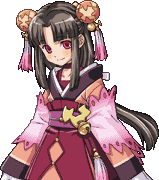 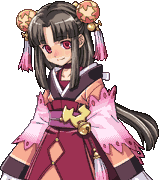 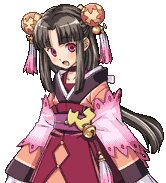 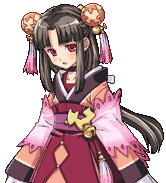 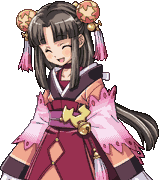 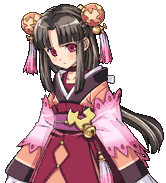 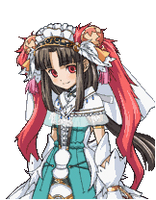 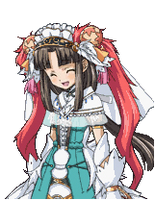 Retrieved from "https://therunefactory.fandom.com/wiki/Sakuya?oldid=75188"
Community content is available under CC-BY-SA unless otherwise noted.