Marjorie is an elderly woman who was once a great witch, but now runs the town's humble apothecary, The Witch's Cauldron, with her granddaughter Marian. While Marian mainly focuses on making medicine, Marjorie uses magic to cure people. She thoroughly enjoys watching Marian run around town performing all her crazy experiments, even if she normally has to fix the problems Marian's medicines cause. She doesn't keep a tight rein on her, instead finding it more worthwhile to let her exercise her freedom, but does keep an eye on her to ensure things don't go completely out of control.

Marjorie enjoys teasing people and is quite wily, especially for her age, occasionally requesting Micah's help with making medicine by retrieving food someone hates, because everyone knows medicine works better when it tastes terrible. She possesses a rather discerning eye, easily summing up the character of people after a brief conversation, and worries mildly about the health of some of the townspeople, particularly those who never want to visit the apothecary.

She apparently has a little trouble sleeping, which is why she enjoys Relax Tea so much.

If Micah runs out of HP, he will wake up in the apothecary, and Marjorie will have fixed him up. She takes some of his money, proportional to the amount of HP lost.

Marjorie is responsible for Marian's dislike of tomatoes. When she was little, Marian loved tomatoes, and Marjorie invented a medicine that would enhance her tastes, allowing her to enjoy them more. It worked too well, and from then on, Marian couldn't stand them because they were too strong. However, Marjorie never owned up to this, so that Marian would never think Marjorie wasn't the greatest witch ever.

Her magical prowess will be necessary in unlocking the doors of the ruins on the other side of the lake.

I need a delivery.

Marian is her beloved granddaughter, who is always up to mischief. Marjorie tends to supervise her to ensure that her concoctions don't have any lethal effects, though she gleefully lets her get away with creating 'medicine' that might, for example, cause one's stomach to explode. She claims not to indulge her granddaughter, instead saying (rather euphemistically) that she simply lets her 'have some fun.' That said, she does properly scold her whenever she goes too far. Marjorie loves seeing what sort of creative solutions Marian discovers for different problems, finding her efforts both enjoyable and truly endearing, and wants to uphold the image Marian has of her as the greatest witch—not out of pride, but because she doesn't want to disappoint her.

She has known many of the adults for a long time. She gets along well with Hazel and Shino, who both have daughters of their own, so they sometimes share stories of parenthood. She finds Wells to be a rather grumpy and impatient old man, and she doesn't enjoy him treating her as if she's already infirm. Alongside Wells, Marjorie is also privy to the events of Blaise's mysterious drunken incident from many years ago. 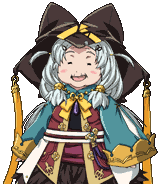 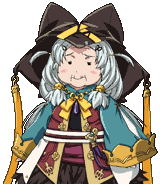 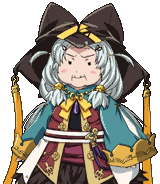 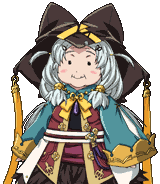