The only doctor in town. Tries to save as many people as possible, but hates blood and goes crazy when he sees it. Tries to drink tomato juice every day to overcome his crippling phobia. Married to Nancy.

"A warm-hearted married couple who together run the Tiny Bandage Clinic in the housing area. Jones works as the town doctor with an unusually strong fear of blood, and Nancy works as his iron-willed nurse. The two are paired together in everyone's minds, as one is rarely seen without the other, and neither have any qualms with public displays of affection."
―Jones & Nancy, Website Description

Jones is generally a calm, sensible, and gentle man until he sees blood. His hemophobia has led him to practice treating bleeding wounds with his eyes closed, at which he is now shockingly an expert. However, as diligent as Jones is in his job, he tells the protagonist that if the town no longer required a doctor, he would have no problem with searching for a new career.

Jones has pale skin, messy gray hair adorned by a head mirror, and turquoise eyes beneath his glasses. He wears a doctor's outfit.

Jones mentions that he had a dream of becoming a farmer when he was a young, but he was better suited to being a doctor. He and his wife, Nancy, both take in Dolce when she is released from her Guardian status.

Jones is Nancy's husband. They are both so in love with each other that others around them could easily mistake them for newlyweds, and the elderly in town are often uncomfortable with how openly romantic the couple can be. He adores his wife's energy and hard-working nature, and her happiness is tantamount to his own.

Jones and Nancy do not yet have any biological children; Nancy mentions that they haven't decided when to start a family yet. However, when Dolce and Pico move in with them after being saved by Lest or Frey, they become their adopted daughters. Jones isn't as vocal as Nancy in expressing affection for them, but he loves the girls just as much and cares for them in his own quiet way.

Jones is normally found at Little Bandage Clinic with his wife.

Jones and his wife in the anime scene.

Jones with his wife, Nancy. 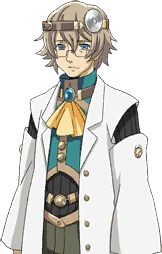 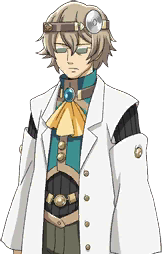