They have the power to communicate with the Spirits through song. No one knows why they look the same and have the same powers.

"I'm enjoying the flower patch that you grew. I really love flowers."
―Iris[src]

Iris is the last of the vampire tribe. They are mysterious girl who lives within a tower on Whale Island. Their other half is found much later on after further progress in the storyline.

Virtually they are identical, only with a different appearance. However a very slight difference in personalities can be distinguish.

Their eyes are the opposite of each other's; Blanche has the red eye on the left side while Noire has it on the right.

They sleep during the day to stay out of the sun. Raguna will first encounter Iris Blanche (White) at Whale Island Fin. In order to talk to her and access her home. Raguna need to plant and grow Moondrop Flowers in front of her house(Tower of Rest). Once the flowers are grown, return to the plot of land to see Iris Blanche's cut scene. Then she will be available to talk to at Tower of Rest.

The same girl singing under the rock in town square. As the story proceed further Raguna will encounter Iris Noire (Black) as a boss at Snow Ruins B3F. It is a good idea to be Level 50 before attempting to fight her. If you are up to at least 4 FP with Iris Blanche, the fight will not occur. Afterwards Noire will return to Blanche, living in Tower of Rest.

After the main story is finished, Iris will plan to move down to Trampoli, so they can know the villagers better. Raguna will first need to speak to Rita, she will tell Raguna that she need someone to help her out with the tavern work at night. Then Raguna need to visit Iris at Tower of Rest, when he entered he will heard the conversion of them wanting to move down to Trampoli. Raguna suggested them to live in the inn. They will ask Raguna to speak to Rita. So speak to her again, she would agreed with Raguna. Fiinally head back up to Tower of Rest to speak Iris once more. Screen will black out and instantly transport Raguna and Iris to the inn.

From now on they can be found in Trampoli at various location depending on the time. Working at the inn at night, for the price of living in the inn.

Though they first appear to be twins, later facts reveal that they were once one single person, but magic caused the single person to split into two separate people. They are Iris Noire and Iris Blanche. 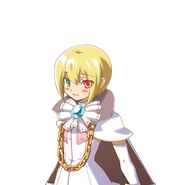 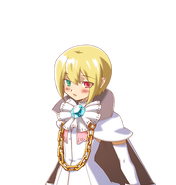 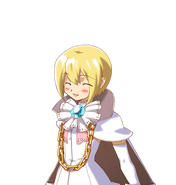 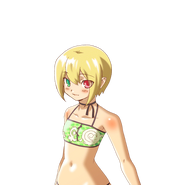 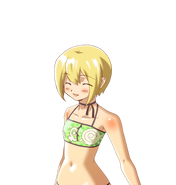 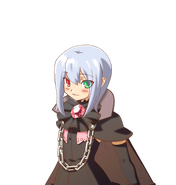 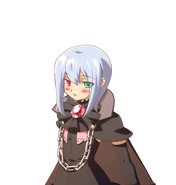 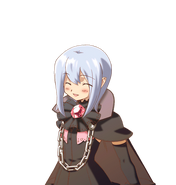 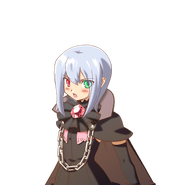 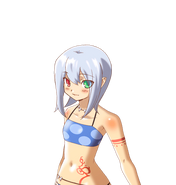 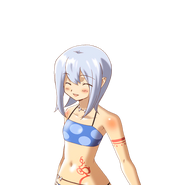