Yasuhiko Tokuyama
Ethelberd (エゼルバード, Ezerubādo) is a character in Rune Factory and Rune Factory 4. He is the ruler of the Sechs Empire. As a monster, he is called Ethelwill. The Emperor repeats the role of his previous appearance as the primary antagonist.

Ethelberd is an old man with long white hair covering his left eye, matching his beard. Ethelberd's eyes are squinted and probably the same as his hair color. He wears a long dark blue robe adorned with two brown belts.

Ethelberd is the ruler of the Sechs Empire and the primary antagonist of the game. He plots to rule the world with the power of the Earth Dragon Terrable.

As ruler of the Sechs Empire, he holds the strongest military machine in the world, and thus his plans use his forces and technology to accomplish his goals.

After Lynette's failure at the end of the game, Ethelberd abandons her and sends in tanks to attack the village of Kardia. However, the elder dragon Terrable causes plants to grow in and around the tanks, stopping them in their tracks. Defeated, Ethelberd and his army are forced to retreat on foot.

Ethelberd has been bent on revenge against all Earthmates since his defeat by one in the past. His hatred extends to the point where Ethelberd has been systematically killing all Earthmates he has come across, basically the extermination of the Earthmate "species". While at first this was his intention with the protagonist as well, he quickly realized he could manipulate events to help him reach his final goals.

By using the rune spheres, he achieves the powers of an Earthmate. Using these powers, he steals Ventuswill's body to "become a god," losing his humanity in the process.

He is the final boss in the second arc of the game. This battle is located at the very end of the Floating Empire dungeon. 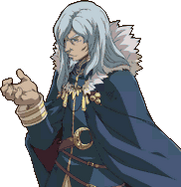 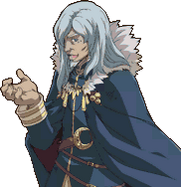 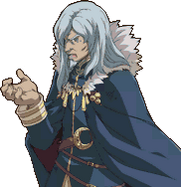 After taking over Ventuswill's body