"I may be an elf, but the people in this town don't discriminate against me at all. This really is a wonderful town. It would be nice if Jake realized that, but there is only so much a parent can do..."
―Egan[src]

Egan (エンドール, Endore) is a character in Rune Factory 2: A Fantasy Harvest Moon

Egan is a rather nice, quiet fellow who runs the Eagle Inn. He seeks to get along with everyone, and is frustrated at Jake's hostility toward their neighbours. Egan is an elf, and can hear the Sylphs whispering to him. He seeks to live in harmony with nature, according to the traditions of his people.

Egan is over one hundred years old (since elves live longer than humans), but resembles a man in his thirties or forties. His long ears are hidden beneath the broad rim of his green hat. He wears a matching green jacket with cream and yellow accents and elaborate embroidery. His hair is long, black, and straight.

He is Jake's father. Jake is a half-elf, so his mother, Egan's wife or lover, must have been a human. In the second generation, Egan gets Orland as his grandson, who will live with him in the top floor of Eagle Inn.

Egan is an easygoing fellow and gets along well with all the villagers. Cecilia is his long-term tenant, and in the second generation, he takes meals in De Sainte-Coquille Manor with Herman and Byron. He has at least a loose relationship with Tanya, as he has successfully apprenticed his son Jake to her.

Egan helps Kyle get settled in town. He encourages Kyle to try becoming friends with monsters, rather than only practising his combat skills. He asks Kyle to try and be friends with his son, to help Jake open his heart to non-elves. He also suspects that Kyle might be an Earthmate, and is the first to tell Kyle about Earthmates.

Egan will be the grandfather of Orland in second generation. Unfortunately, Orland inherited his father's frosty attitude, so Egan is back to encouraging Aaron and Aria to become friends with him to help soften his personality.

Egan is tough to give gifts to. His favourite not only takes a long time to grow, but only grows in Winter. Charm Blue isn't a quick crop, either.

On festivals, he is standing outside the blacksmith's by the pier. In the second generation, he spends his afternoon in the dining hall of the De Sainte-Coquille manor. 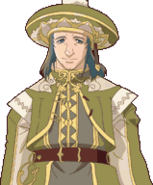 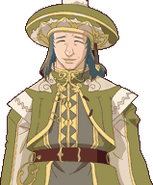 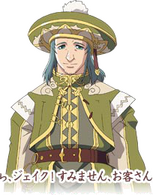 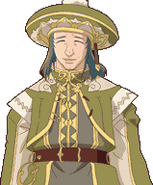 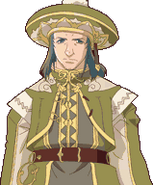 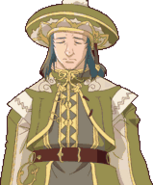 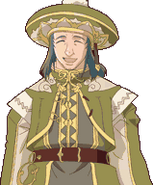