A girl with a sharp tongue. Good at sewing and can contact ghosts, much to her annoyance. Often makes sarcastic remarks, mostly in the general direction of a certain obsessive ghost, but is actually sweet and warm-hearted.

Dolce is usually very quiet and classy in nature and in style. She is known to wear a straight poker face; however that contrasts with her sarcastic and somewhat catty personality and manner of speech. Dolce can come off as very blunt and she won't hesitate to speak her mind. Underneath all of this, however, she is very warm-hearted. That itself is one of her stronger points, especially when it comes to dealing with her ghost friend, Pico. She plays the "Straight Man role" towards Pico's shenanigans, usually putting a stop to said antics. Despite this, Pico is very precious to Dolce, as both of them have known each other since youth.

Dolce's softer habits are more evident when at home. In one instance, Nancy has told Lest/Frey about Dolce's apparent excitement over her preparing apple pie at one point. She's also very skilled at knitting, something she's often seen doing in public. She usually ends up giving the materials she knits to other people as presents, one example being her giving Nancy an apron she sewed as a birthday gift.

Dolce can also come off as very self-conscious when Pico reveals information about her towards others. In one dialogue, Pico has commented about Dolce getting Jones a gift, something she answered to in a flustered manner. Much of Dolce's reactions towards various situations are measured up by either Pico's antics, Lest/Frey's decisions, or whatever information her said ghost friend is capable of unveiling in a conversation.

Dolce is the only villager/bachelorette in Rune Factory 4 to start off with a Headgear. Typically, her Headgear is already naturally on top of her head when you pass by her, or shown in her sprite when you talk to her. Regardless of whether or not you bring her into battle, she will always have Silk Hat on, unless you give her a different Headgear type.

Her monster form is some sort of puppet, which also seems to look like Pico.

Dolce was born to unnamed parents hundreds of years before the main plot. As a baby, she noticed Pico and held her hand. From then on, Pico had been with her.

If you speak to her right before starting the Quiz Festival on Winter 13, Pico tells the player she knows more about about her friend than both Nancy and Jones together. When you ask her to carry on with her information, she will describe Dolce as someone who is "truly kind, easily hurt, and gets lonely quickly". adding on that she is "a little clumsy and can be a crybaby".

Furthermore, she tells the player Dolce "gives names to all her dolls and needs to hold a stuffed toy or [else] she can't fall asleep". Afterwards, she says her friend is "not good at cleaning up [and] doesn't mind books" before telling the player where Dolce keeps her underwear. At this point in the conversation, Dolce herself jumps in and shuts Pico up.

The Language of Flowers

Nancy is very affectionate towards Dolce and gradually considers her as a daughter. Dolce herself is very hesitant to show it, but she loves Nancy equally as much. While Dolce's relationship towards Jones is much more subtle, she cares for him as much as she does towards Nancy and vice-versa. Her relationship with Pico is much different: the two are always seen together, but Dolce expresses annoyance at the little ghost girl's presence. Nonetheless, they both care greatly for each other.

Dolce gets along with relatively most of the bachelorettes in town. She seems to hold a mutual sort of respect towards Forte as a trusted ally. While Amber can come off as awkward towards her, Dolce is actually very fond of said butterfly girl. In fact, seeing Amber in one of her cheerful fits has brought a warm smile and an affectionate giggle from her. In addition, she particularly seems to be good friends with Xiao Pai, as both characters often make references to each other from time to time. There are times where Dolce comments on Clorica's narcoleptic tendencies, although she gets along pretty well with her. She can also be seen visiting Margaret's house several times a week, just like the other bachelorettes.

Chibi Dolce and Pico from inside of case

During battle while accompanied by Forté and Arthur.

Lest in the chest 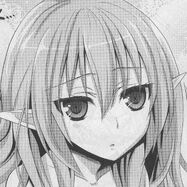 Dolce in the manga.

Dolce in chapter 5 of the manga. 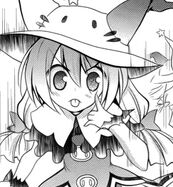 Piko in chapter 5 of the manga.

Dolce in the trailer 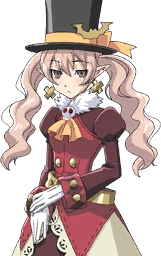 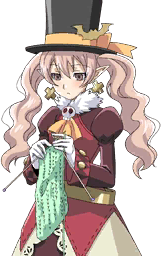 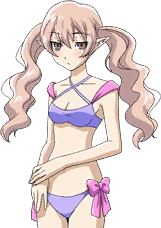 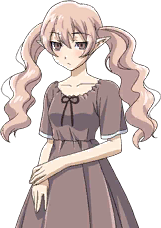 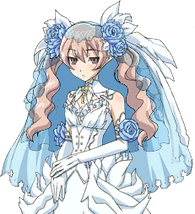 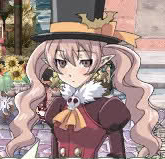 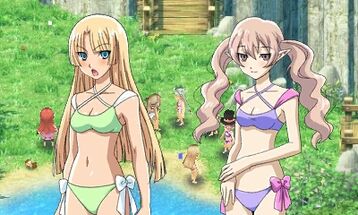 Retrieved from "https://therunefactory.fandom.com/wiki/Dolce?oldid=75402"
Community content is available under CC-BY-SA unless otherwise noted.