An excitable and eccentric artist of many mediums. She LOVES rainbows.

Daria (ダリア, Dahlia) is a bachelorette in Rune Factory 3: A Fantasy Harvest Moon.

Daria is an over-jealous and exuberant artist who is passionate about her work.

Daria is constantly asking Micah if she can paint a various assortment of things 'rainbow.' She sees Micah as her assistant. She puts her statues in Privera Forest just to make it her 'Daria Rainbow Garden'. Unlike a 'normal' artist, she uses her hammer as a brush. Some of her art even appears to be alive.

Daria has light complexion and blue eyes with long blonde hair. Her hair has forelocks tied in green ties. Her ears are pointed like an elf.

She, along with Kuruna, are the oldest bachelorettes that Micah can marry in the game.

Daria is a lone elf who lives in Privera Forest. She is older than anyone can remember, but still young for her race. Daria loves her art and rainbows.

I'm out of materials for my art! Oh no! I need an assistant to come to my aid.

I'm almost out of paints! I need my assistant ASAP!

My shelf broke. I need my assistant to help repair it!

I need an assistant to help me with my work!

Hurry up, my dear assistant. I'll test your artistic vision.

You're a valuable assistant. I think it's time I introduce you to them.

Living alone and in a dungeon, Daria sees the arrival of Micah as an opportunity to make a friend. This is why it is very insistent that Micah becomes her assistant.

Daria is one of the few people who knows of Blaise'(s) wine incident. She mentions she overheard Wells and Marjorie talking about it. She ends up blushing when trying to tell the player what happened.

It is widely believed that her sister is Margaret from Rune Factory 4.

Approaches the nearest target and usually attacks with a 2-hit combo which flings the target in the air then use Grand Impact skill by temperance. She still leaves herself to get occupied by ranged attackers.

Daria will emits her signature glow of circular rainbow, it usually raises her awareness and focus as well as movement speed fondness. 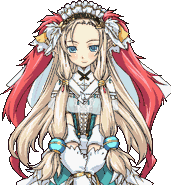 Daria in her wedding dress 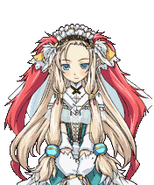 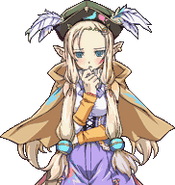 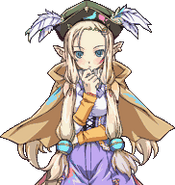 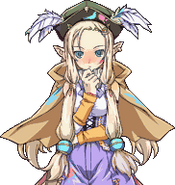 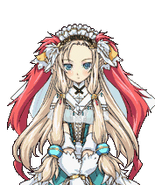 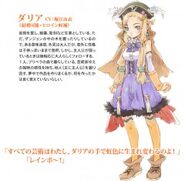 Retrieved from "https://therunefactory.fandom.com/wiki/Daria?oldid=73615"
Community content is available under CC-BY-SA unless otherwise noted.