Byron the mayor of Alvarna. He is polite and cares about the well-being of all his citizens. He takes pride in the town, and has a refined, gentlemanly personality. Also in his house is the local lost and found, where the main character can find anything important that was lost.

Byron has light gray hair and blue eyes. He wears a thin pair of spectacles and dresses formally, accenting his dress shirt and red greatcoat with an embroidered Scarf, which is pinned with a golden brooch. He is somewhat overweight.

He gets along reasonably well with the rest of the villagers, helping Herman run the festivals and handling out-of-town fashion orders for Rosalind.

Byron gives Kyle his official welcome to Alvarna, even giving him a special quest to make sure Kyle gets a chance to make friends with everyone. He also helps Kyle develop the farm by handling the Barn-building and facilitating the construction of Alvarna Academy, though he points out that in a town this small, children are usually home-schooled.

Byron's role in the second generation is unchanged. Aaron or Aria can approach him to expand the barn, and he maintains a friendly but formal relationship with the townsfolk.

During the first generation, Byron is usually in Mayor's House 1F. On holiday/special event days, Byron can be found at the docks.

In the second generation, he spends his afternoons in the De Sainte Coquille dining hall with Egan and Herman. When not there, he can usually be found standing next to the Bulletin Board in De Sainte-Coquille Park. 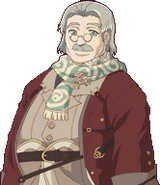 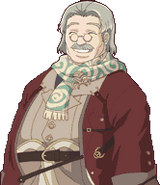 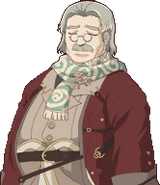 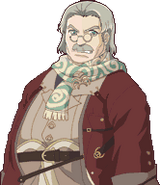 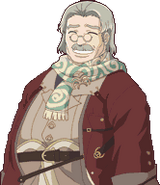