A three-star chef who's laid back...except when it comes to the kitchen.

Blaise is a peaceful man who works as the chef in the town's diner. He is passionate about cooking in general and in the context of his business, and he enjoys discovering new dishes. He has a sweet tooth that he shares with his son, and he always serves his constantly hungry daughter food with a smile. Blaise dislikes wine because of an undisclosed incident that happened when he got drunk during a festival.

Blaise has long dark blue hair and hazel brown eyes. He has been told that he's emotionless, but it's just his normal expression.

During the main story, his diner is sometimes targeted by the boss monsters, such as the Raccoon and the two lions Amaranthine (Kinoto) and Crimsone (Hinoe).

Blaise has two children, Collette and Rusk, both of whom he loves very much. He has absolutely no idea how they ended up on completely opposite ends of the spectrum with their tastes in food. He is both father and mentor to them, and he has high expectations of them as chefs.

Blaise shares a relatively familiar relationship with almost all of the town's older residents, particularly in terms of business. He was scouted to Sharance by Sherman and considers him one of his best customers. Since he caters for Shino's inn and Hazel is one of his suppliers, he gets along fairly well with them. The elderly of the town, Marjorie and Wells, were apparently present at the time of his drunken incident. They advise the protagonist against gifting him wine, but never spill what actually happened.

Blaise rushes at the enemy while dealing combo-hits up to 4-hits combos then combined with the Dual Blades dash attack. Blaise will also starts attacking non-stop and repeating the same tactic. He can also use the Dual Blades ultimate attack after some combos and also using it in barrages. 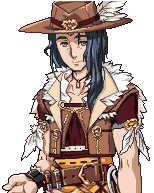 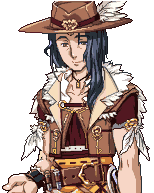