This is where Lin Fa, Xiao Pai, and later Leon (after rescuing him from Leon Karnak) live. The baths are to the left of the stairs, Women on the left and Men on the right. You will lose Prince/Princess points if you go into the wrong bath. You must talk to Lin Fa or Xaio Pai in order to use the bath, which will be free for the first five times. After that, the first bath of the day will cost 300 gold, the second will cost 500 gold, the third will cost 1100, and it goes up from there. You may be able to go into the baths as much as you want at no charge after you have nationalized the bathhouse at 35000 Prince/Princess points.

The Jeweler and Fish Merchant will also reside in the lobby should the protagonist choose to invite them to Selphia. Occasionally, Raven and/or Barrett will be there, such as on the second floor in a room.

Bell Bath (and Beyond)

This floor contains three rooms, with Leon residing in the rightmost room once he is rescued. 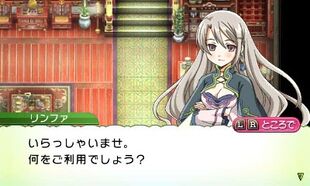 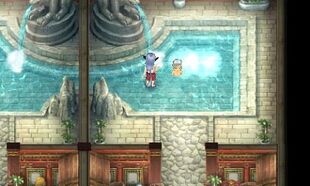