An Amnesiac Ranger of Rigbarth

"Fending off a monster or two is one thing, but protecting a whole town? That's...a lot."
―Ares

A young man who ended up in the sleepy town of Rigbarth after losing his memories. He joined SEED to repay the townsfolk who welcomed him with open arms. A friend to all, Ares never abandons anyone in need and hates to turn down requests, but can be a bit of an airhead at times.

Ares has light skin and blue eyes. His blond hair, an ahoge (or cowlick), and light blue eyes. He is shown in three outfits: A casual outfit, a ranger uniform, and a tuxedo.

After losing his memory, Ares lands in a small town blessed by nature. There, he is recruited into a band of peacekeeping rangers, and their new life begins.

In addition to his normal duties, Ares can take care of his farm, cast a line into the nearby river, and so much more. Team up with townsfolk to battle monsters and unleash powerful combination attacks.[2] 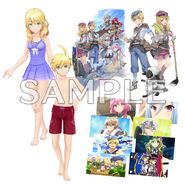 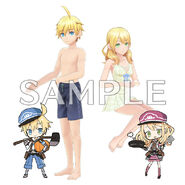 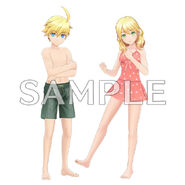 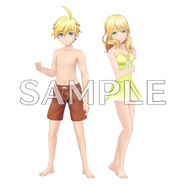 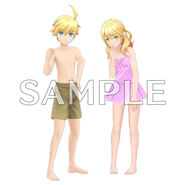 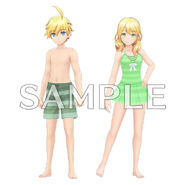 Ares appearing on the cover of July 2021's Nintendo Dream